For some time, I had that a green background curtain in my workshop. I sometimes use it when I want to change the background of my videos, because is very easy to use that effect. As I had it till now is very ugly because it stands there in the corner. For now I was using it on some sliding ro... view more

I've seen this idea on twitter and I wanted to make a homemade one. Is a nice product as humidifier but also as a huge smoking capacitor. You can 3D print it and make the same project with ultrasonic mist generator. Get the 3D files, the schematic and the part list from below and make your... view more

Hey guys. This will be a low-cost reflow hot plate for SMD components and will be homemade. If you remember, a few weeks ago I’ve made another reflow hot plate using a clothes iron of 3000W, a solid-state Relay with and Arduino and other components. That works great but it was ... view more

In this project I built a treasure chest, which is mechanically locked by bars. Theese bars can be unlocked if you enter the right code. The code is entered at the rotable mouthpiece. The rotation is recognised by a rotary encoder. If the user applies the right code, the bars will open by the for... view more 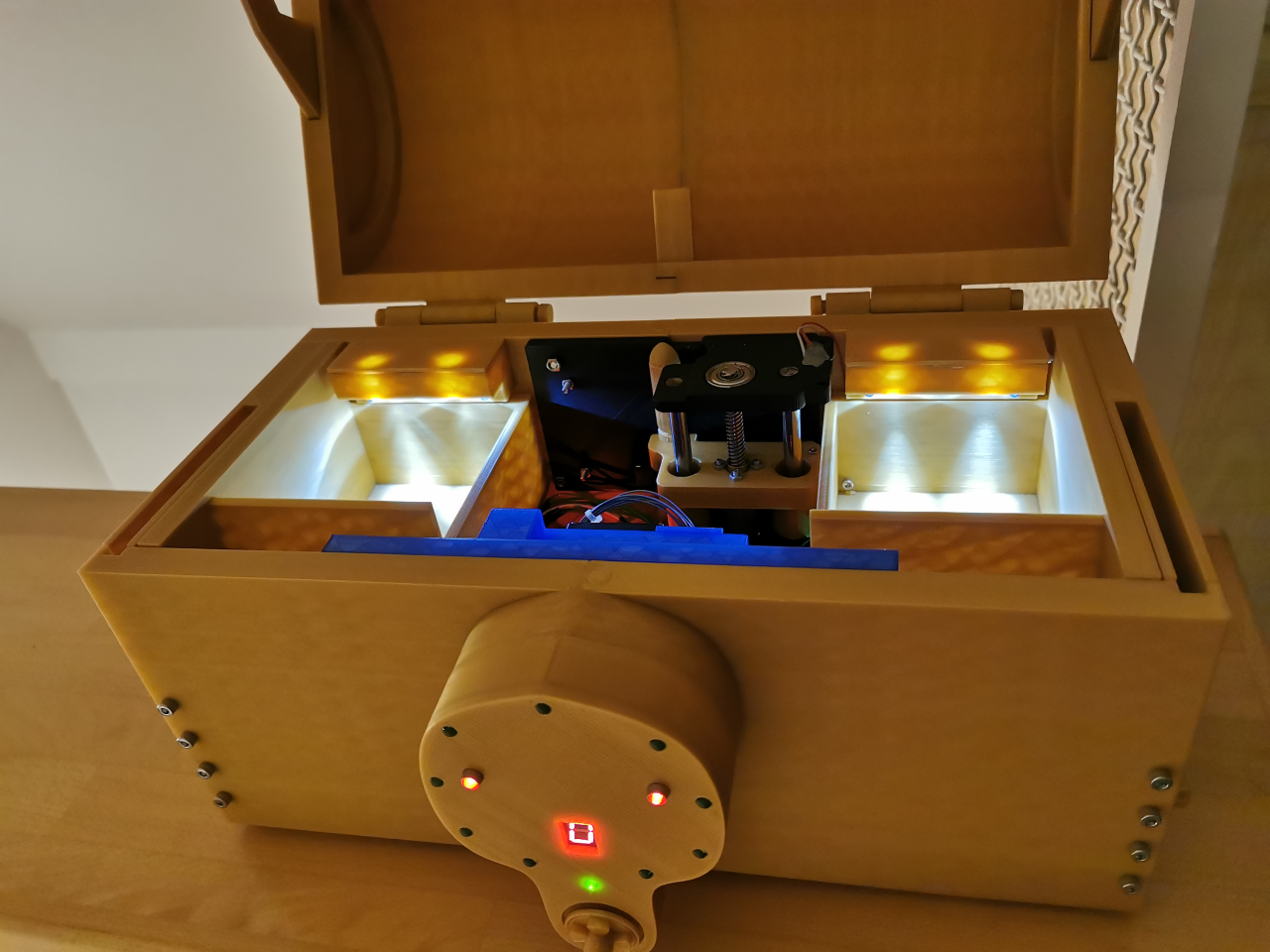 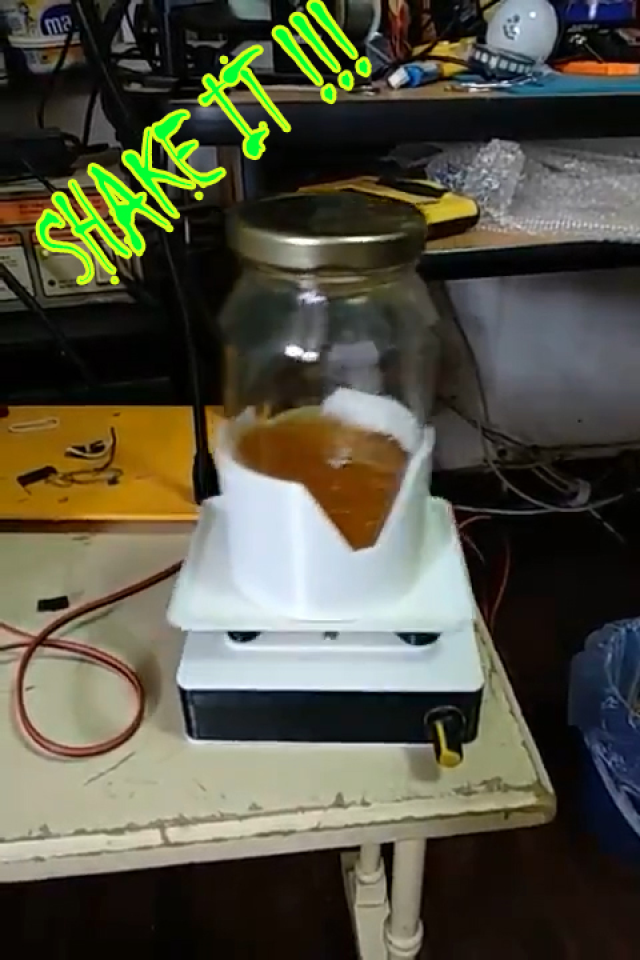 This project is still in progess. See the past version HERE. Now I want to make it bigger to have more space for cool stuff such as a smoke machine, BB gun and more battery. For now I have the design for the bottom part and middle of the tank. Soon I will post the rest of the design... view more 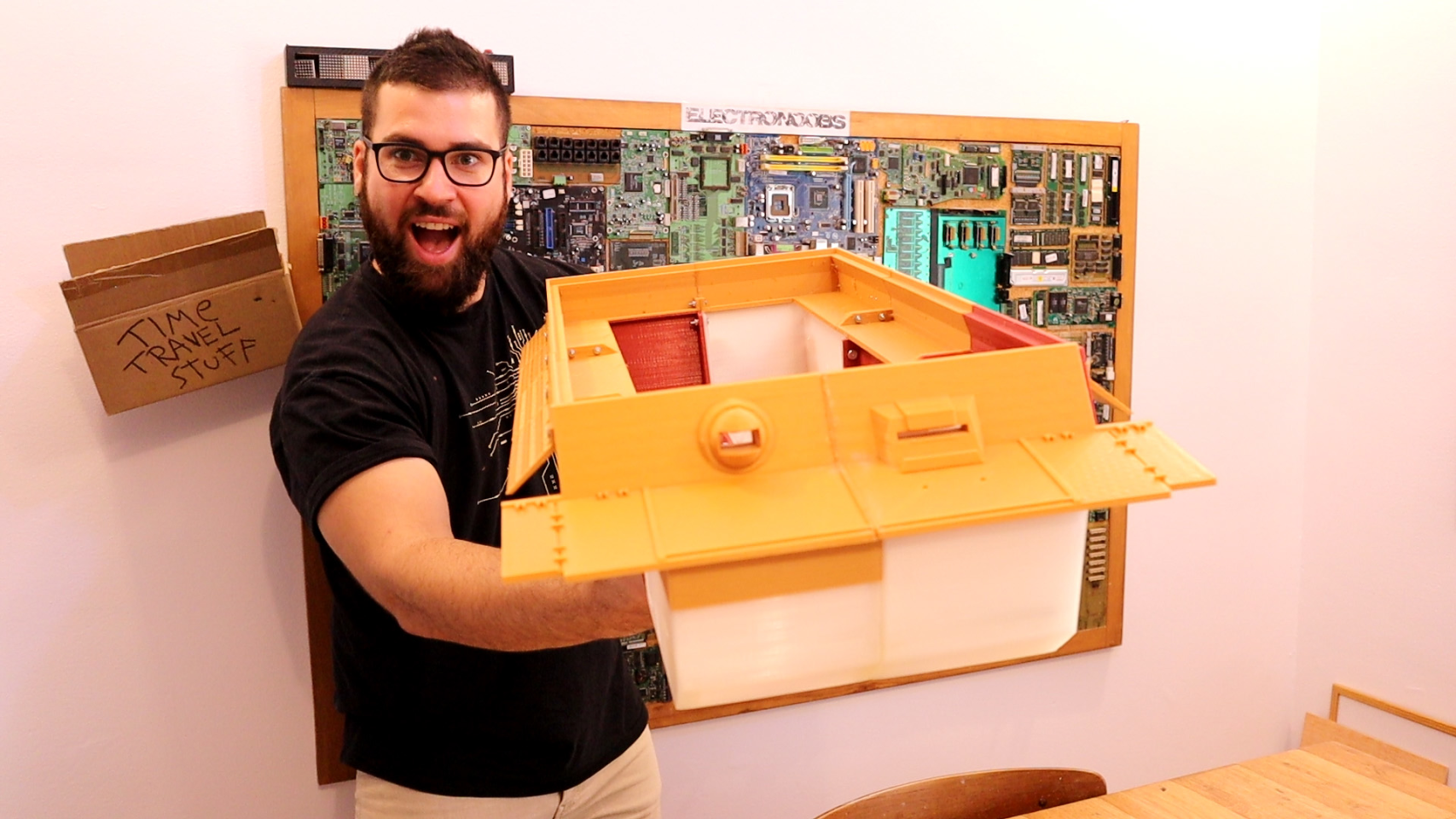 Tutorial - How to Make a Wireless Soldering Iron

Post by ardutronic. Sometimes I feel like soldering outdoors, but I can't take my soldering station outside, so I decided to make a wireless soldering iron.  view more

We are going to buil a nice and fun radio controlled airplane. To make this project even better we are going to 3D print a real replica of the war Spitfire plane. If you don't have a 3D printer, there will be other tutorials on how to build a plane out of wood, foam or cardboard. The rest of the ... view more 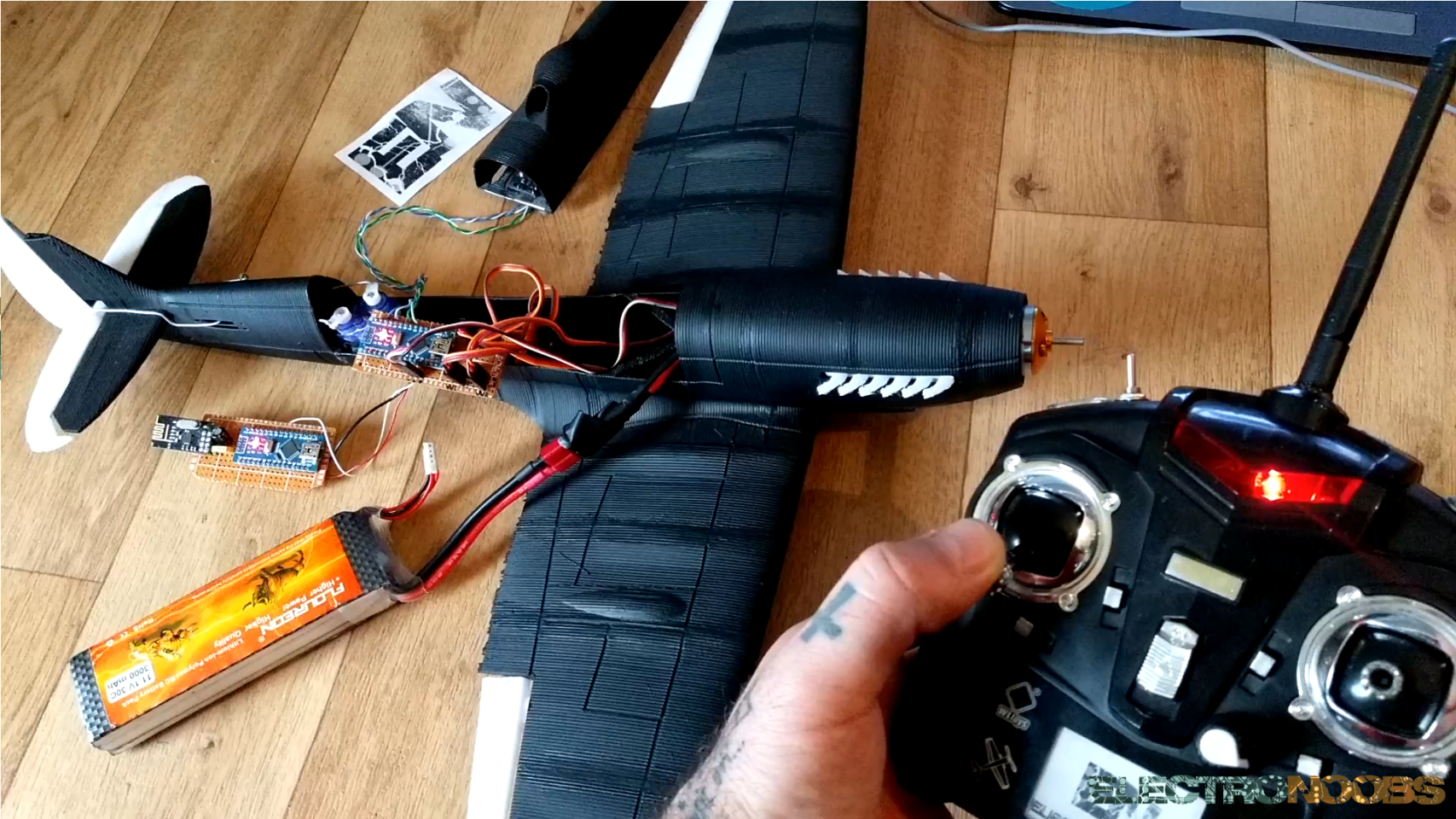 Welcome to this step by step assemble of this 3D printed plane. I say it again, I'm not a professional 3D designer, so, this might have a lot of issues. Anyway, in this tutorial you will see the parts we have for the plane, some tips of how I've designed some of those parts, the part list we need... view more

I wanted to make this project for a long time. Inspired by a projet of HowToMechatronics from a few years ago. This robot is fully 3D printed and is just the first version and is sensorless. In the future I want to add a lot more controls and sensors. This robot has 18 high torque servo motors, r... view more

COVID-19 can seem like a paper tiger, when looking at bare mortality rates. The far greater problem is the increase in fatalities as health systems are stretched to the limit. With thousands of patients presenting all at once, hospitals quickly run out of beds and resources and suddenly, normally... view more 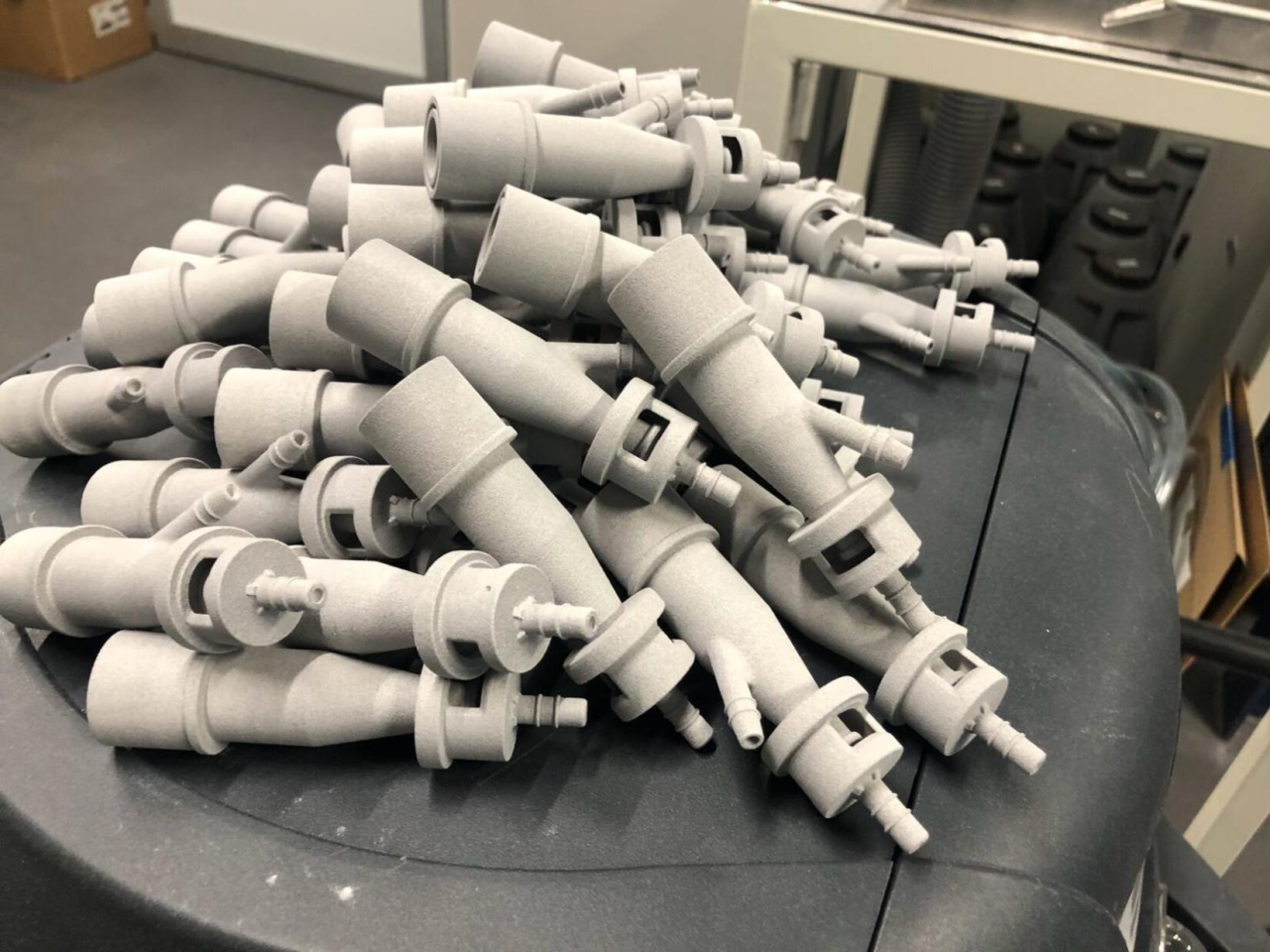 Apparently not satisfied with a single PC monitor, aviation enthusiast Ryan H came up with his own custom, 3D-printable cockpit setup for the Garmin G1000 avionics suite. Designed around the X-Plane 11 flight simulator, the system uses a 12.1” LCD panel for flight data along with several additi... view more 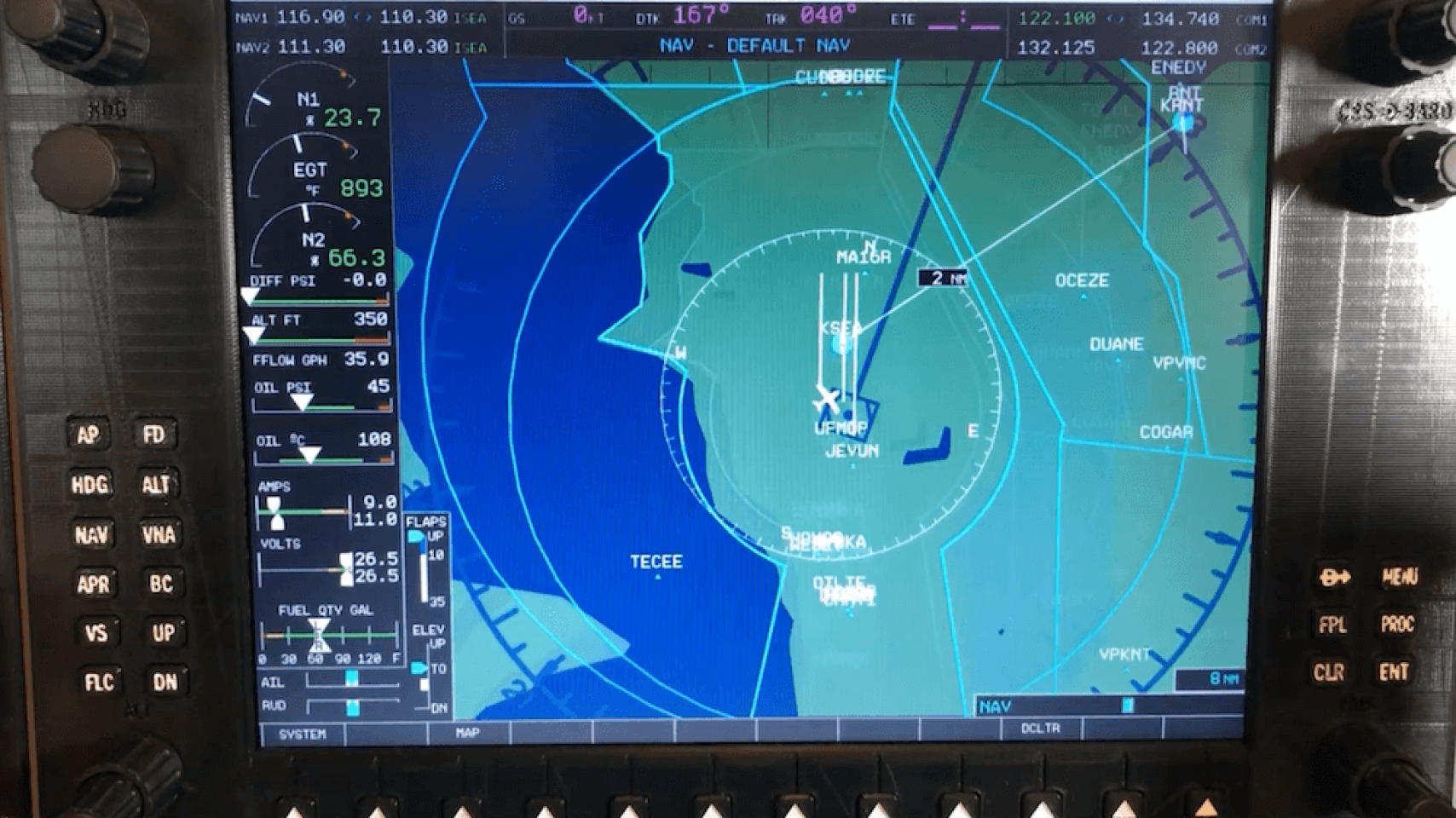 In this tutorial we will see how to make a Magic 8 ball with the Arduino. This is based on the real magic ball which is based on liquid and floating principle with a plastic dice with 20 answers inside. Once you shake the ball, a random side of the dice will get on top of the black liquid and a r... view more 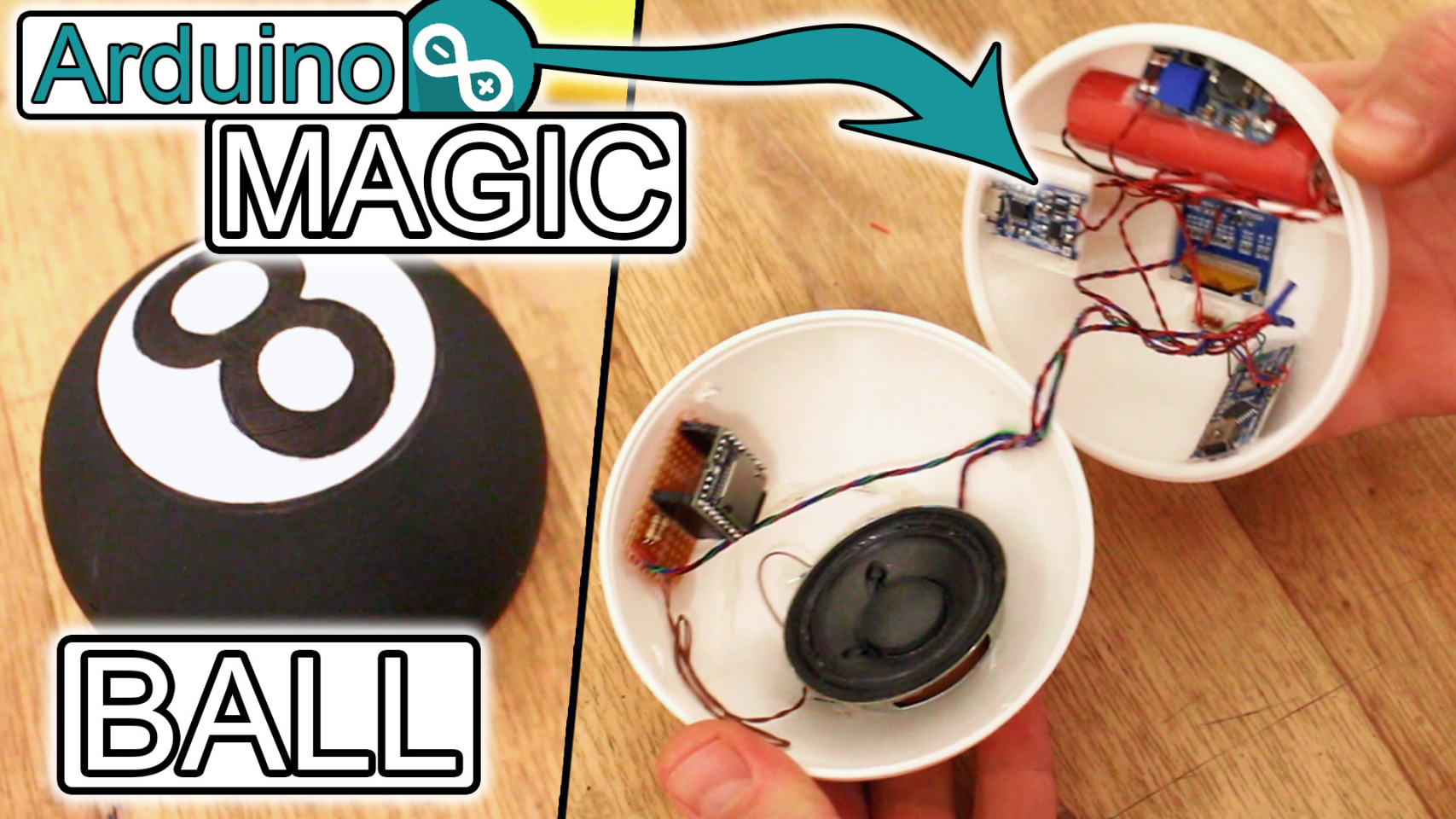 Yes, I've made another radio controller. Why? well, I wanted to have a more commercial look. So, I've designed a 3D case, then I've used some high quality joysticks in order to have better analog read, It has an OLED screen so we could see the data we send and we could also digitally adjust the d... view more 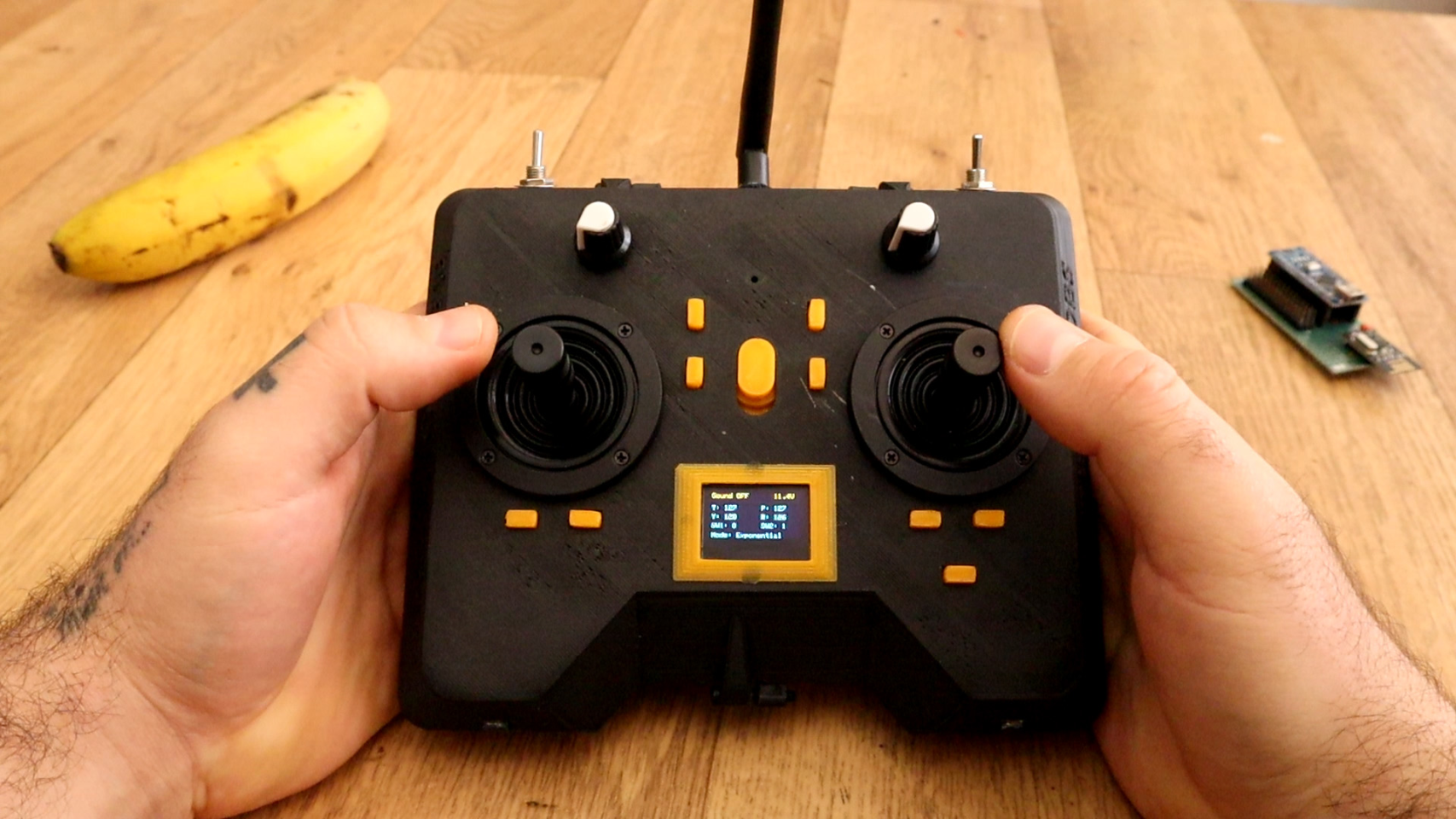 Remember the keyboard PCB we've made in this past tutorial? Well now I'll give a use to this PCB. We will make a radio based chat that will work just as a walkie talkie but with text instead of voice. So, for text, we need a keyboard and this PCB is perfect for this project. I'll make t... view more 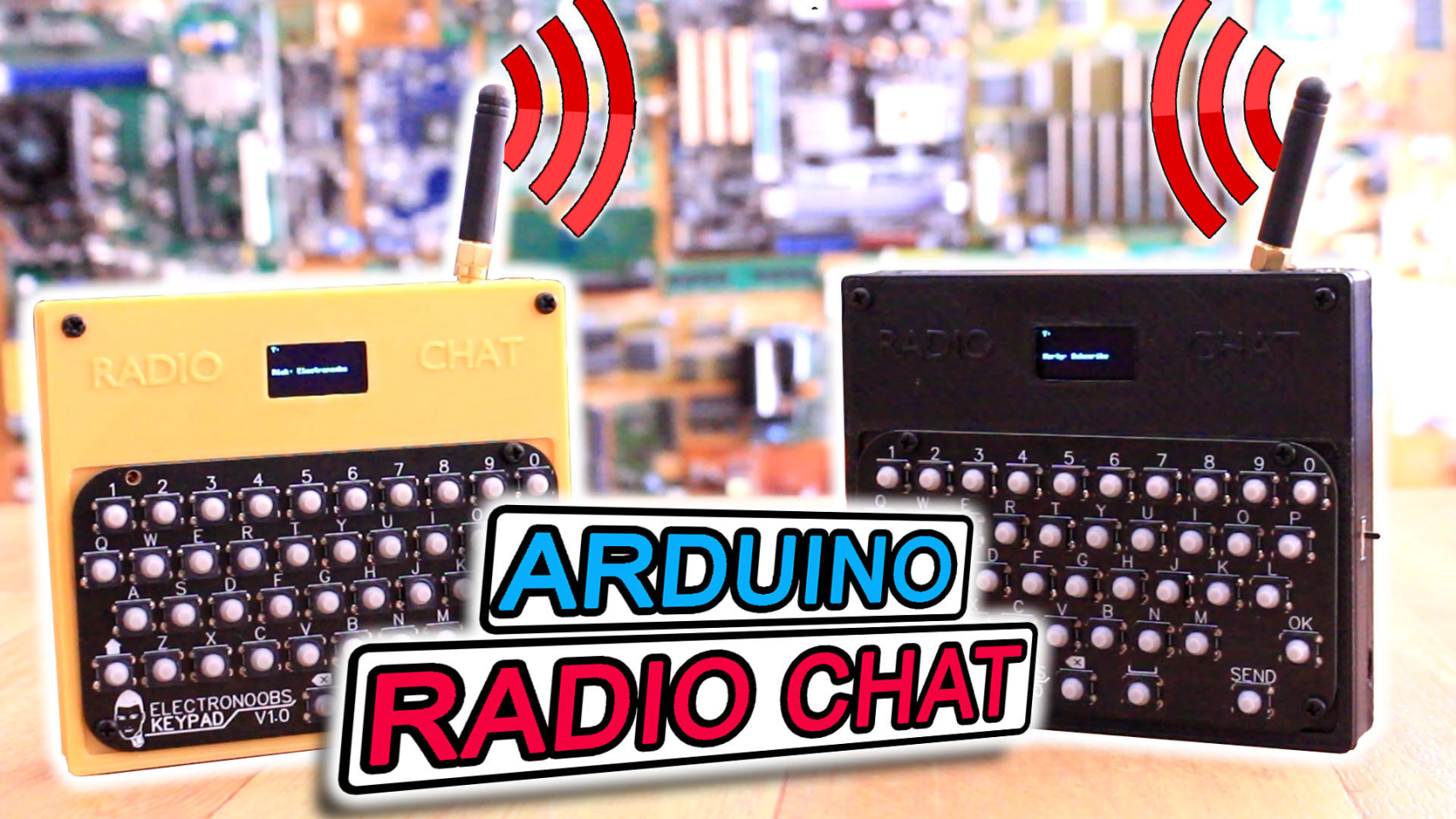 Designing and currently testing a 3D printed jet engine.Will provide calculations and workings out of how I did it if enough people want to know. Runs on propane but currently in testing phase. Predicted maximum speed is 59000rpm, generating 14.6N of thrust if I can get it to self sustain. H... view more 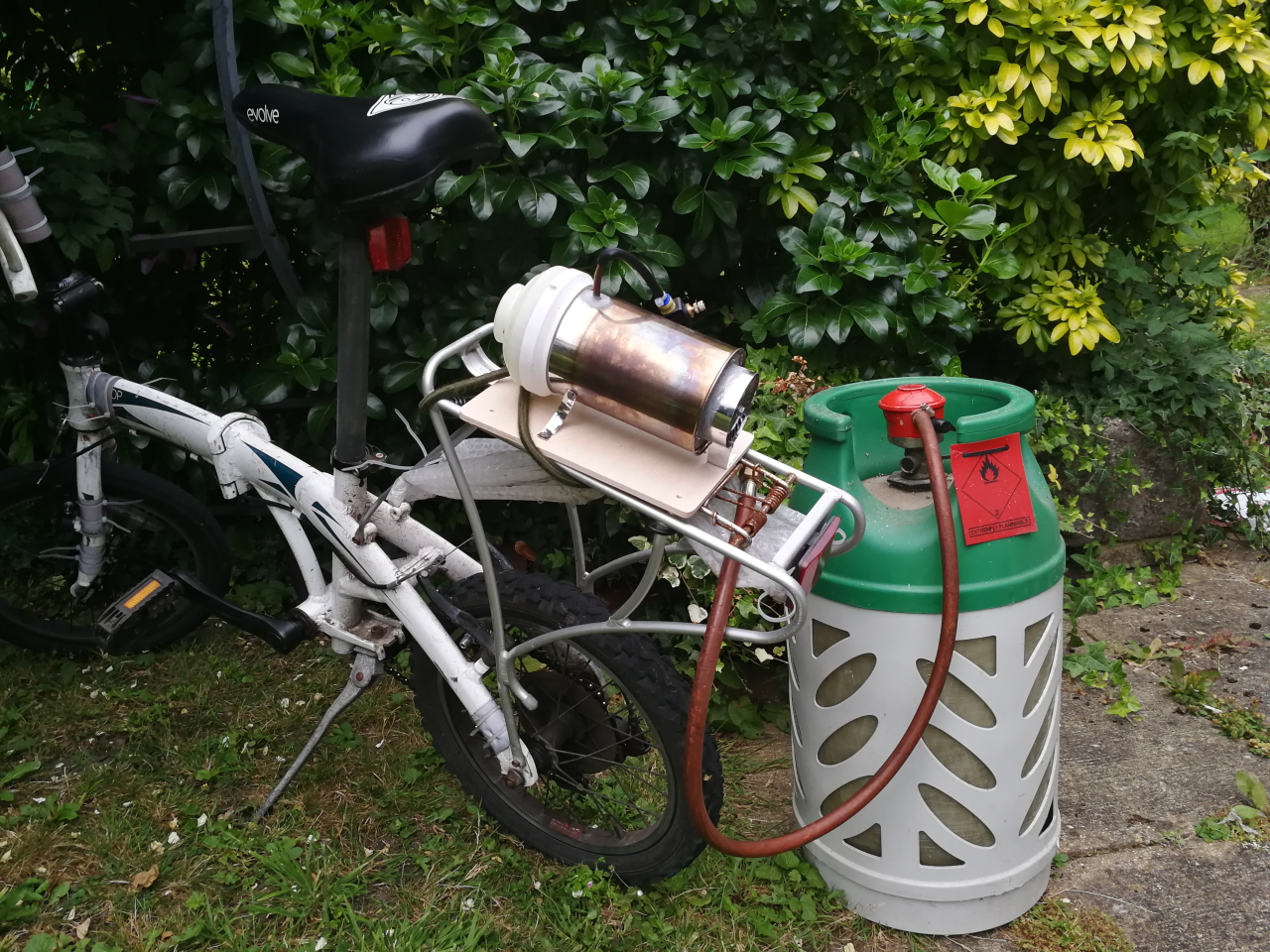 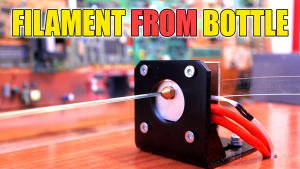 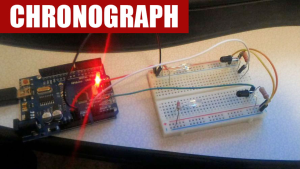